If your shower head is failing from performing its activity, then you should probably clean it, eliminating soap scum buildup and grime in order to restore the water flow. Getting rid of that scaly buildup accumulated on your shower head will prevent water from shooting you in the face from all directions. Why is this happening? Most holes in the shower head happens to be clogged because of hard water deposits, soap scum and grime.

Honestly, I tried to clean my shower head using all sort of harsh chemicals and scrubbing it with abrasive sponges, but the rubber band between the holes had the same dirty aspect. In addition, the water was pouring a little better than it did before and I was thinking that I had to purchase another one. Totally wrong! There is an old soap scum removing method that will make your shower head look like new without being necessary to replace it.

So, if you find yourself in this same predicament, you might want to try it out. In a couple of hours you’ll be able to take a nice and warm shower with water flowing properly. 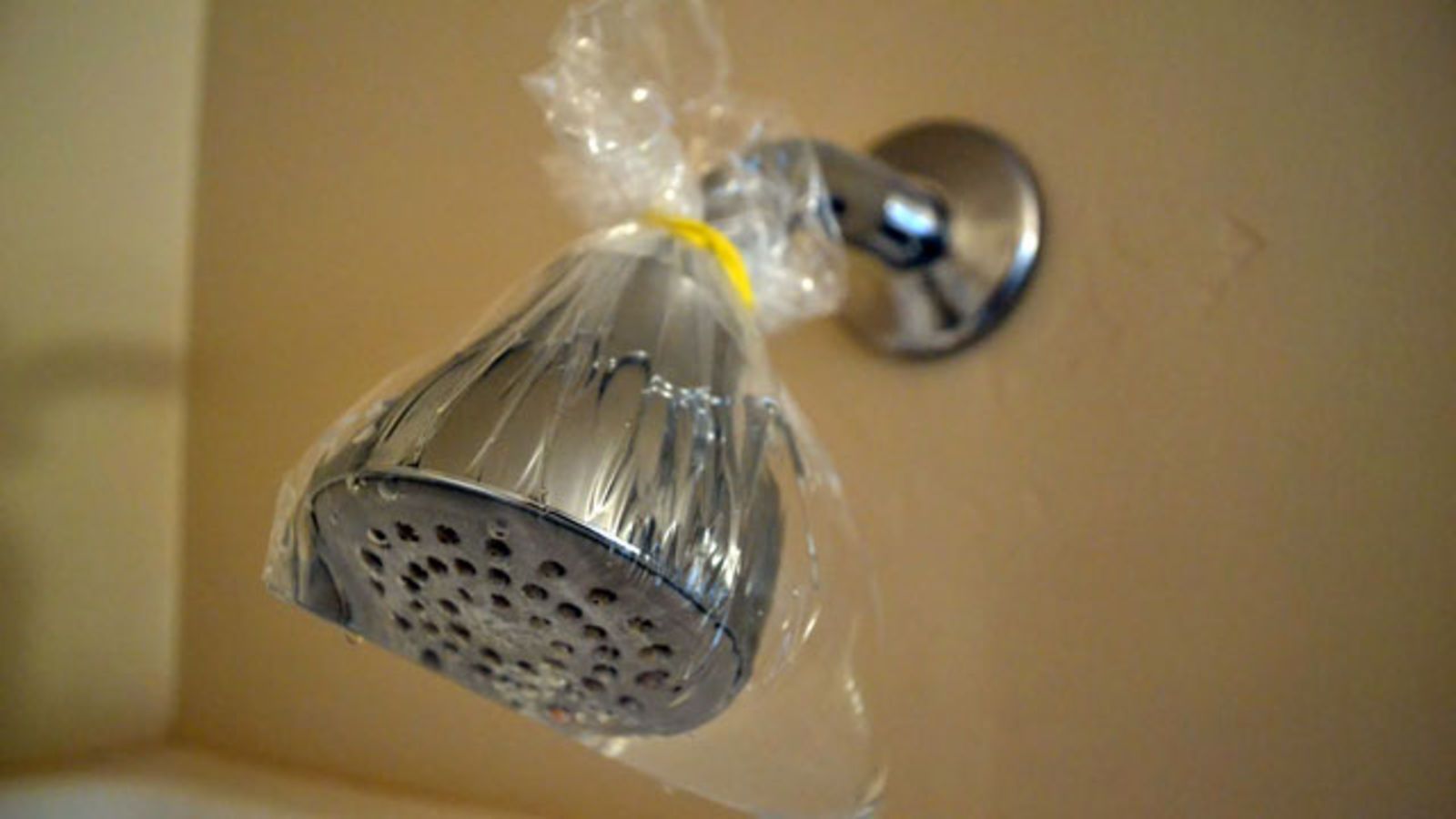 First, slip a rubber band over the top of the shower head. You may want to loop it around the shower arm once or twice so it’s tight on the water pipe. Fill a plastic bag with white vinegar. Attach the bag to the shower head by slipping the top edge of the bag underneath the rubber band.

Wait one hour, then remove the bag and turn on the water to flush. Polish with a soft cloth. 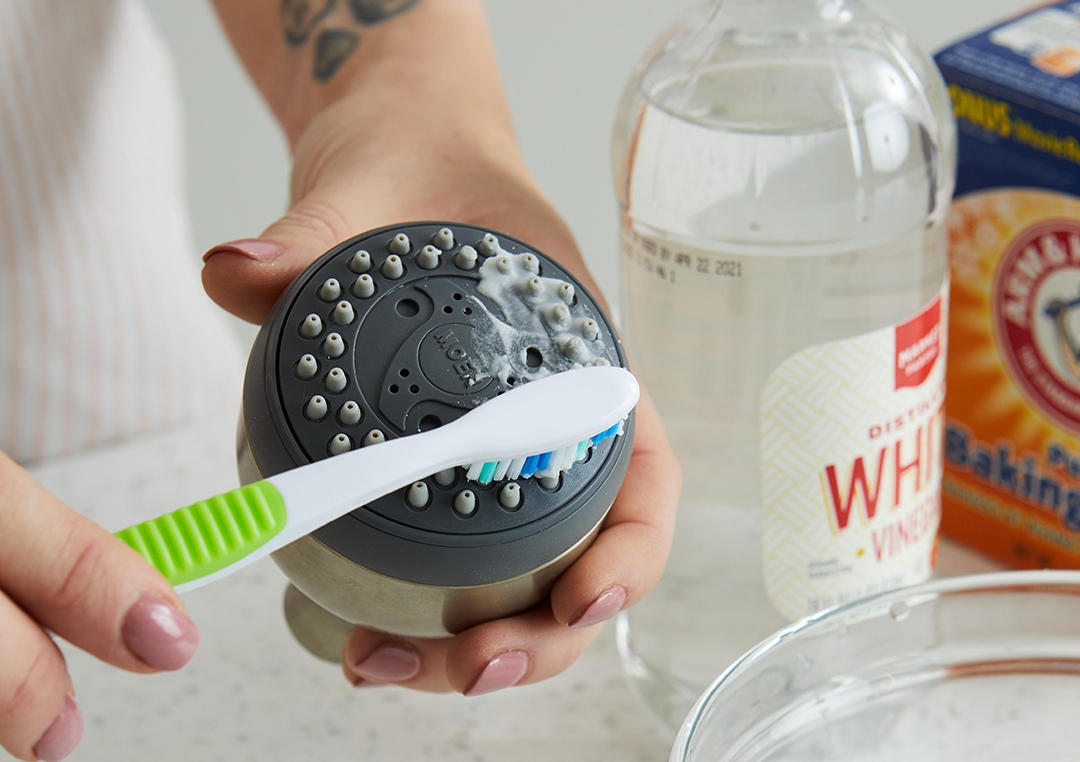 What Happens If You Smear The Glass Shower Doors With Baking Soda And Vinegar?

The Hygienic Bathroom: How To Clean Mold And Mildew From Shower Caulk