There’s a high chance that your couch cushions will smell musty if you share the couch with your furry friends. Yeah, wet or dirty fur may add a tint of funky odor to the couch. But, not only furry friends can do that! Human friends may also contribute to the funky odor. Let’s take my boyfriend’s best friend for example. He smells funny – like sweat – even if he wears perfume! He’s a nice guy with a strange body odor. After they had “the boys’ night out”, Bill crashed on our couch, leaving his body odor on the cushions. I had Bill’s scent lingering in my nose the entire day. When I returned from work, the cleaning began.

If you have a smelly friend or furry friends, learn how to remove strange odors from couch cushions. 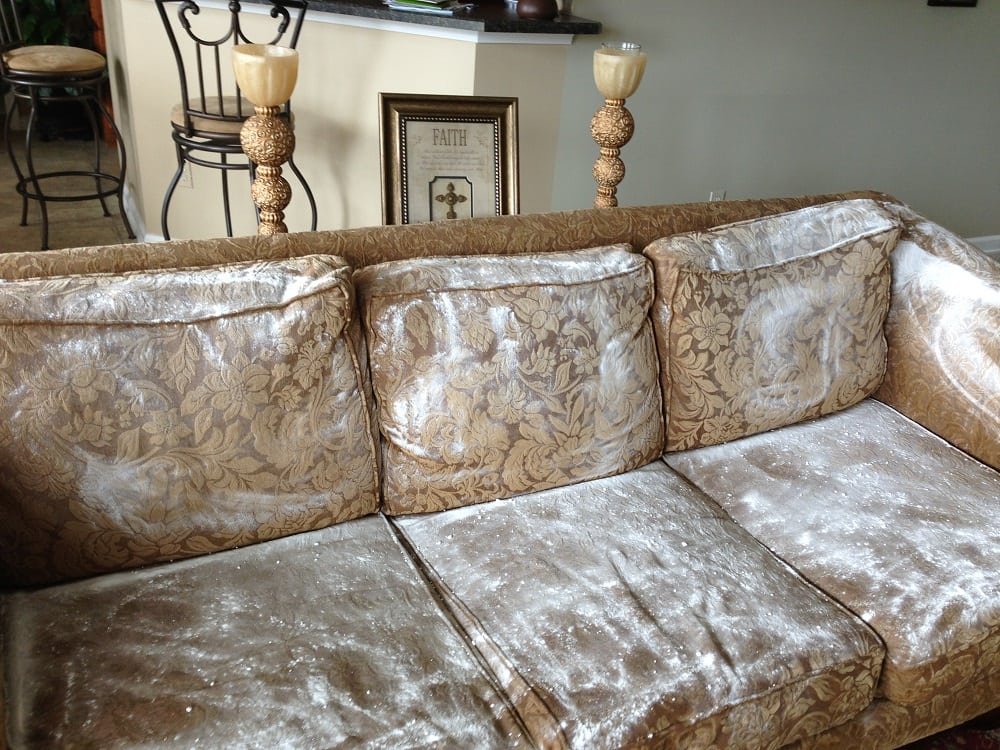 🔶 Vacuum the sofa with the vacuum cleaner’s brush attachment. Remove all dust, hair and debris. Remove the cushions and vacuum both sides.

🔶 Mix 1 tablespoon of white vinegar with 2/3 cup of rubbing alcohol and add the solution in a spray bottle. Apply this solution over the entire couch surface and rub it with a cloth or soft bristle brush. Let it act for 15 minutes, then proceed to the next step.

🔶 Sprinkle baking soda over the upholstered areas of the sofa. Remove the seat and back cushions and set them aside. Sprinkle the fabric beneath the cushions. Apply enough baking soda to leave a lightly visible residue on the entire sofa.

🔶 Leave the baking soda on the sofa for at least 15 minutes, or overnight for severe odors (I left it to work overnight). The baking soda absorbs the smells from the fabric and cushions.

🔶 If necessary, repeat the process. Odors will be removed like magic!

When in doubt, use baking soda to remove strange odors impregnated deep in the fabric.

The Do’s and Don’ts of Feeding Birds

This Plant Could Ruin Your Summer. Be Careful!

How to Make Hand Sanitizer